Cancer is a group of many related diseases that begin in cells, the body’s basic building blocks. To understand cancer, it is helpful to know what happens when normal cells become cancerous.

The body is made up of many types of cells. Normally, cells grow and divide to produce more cells as they are needed to keep the body healthy. Sometimes, this orderly process goes wrong. New cells form when the body does not need them, and old cells do not die when they should. The extra cells form a mass of tissue called a growth or tumor. Not all tumors are cancerous; tumors can be benign or malignant.

Blood vessels include a network of arteries, capillaries, and veins through which the blood circulates in the body. The lymphatic system carries lymph and white blood cells to all the tissues of the body. By moving through the bloodstream or lymphatic system, cancer can spread from the original (primary) cancer site to form new tumors in other organs. The spread of cancer is called metastasis.

Scientists have learned that cancer is caused by changes (called alterations) in genes that control normal cell growth and cell death. Certain lifestyle and environmental factors can change some normal genes into genes that allow the growth of cancer. Many genetic changes that lead to cancer are the result of tobacco use, diet, exposure to ultraviolet (UV) radiation from the sun, or exposure to carcinogens (cancer-causing substances) in the workplace and in the environment. Some gene alterations are inherited.

However, having an inherited gene alteration does not mean that the person is certain to develop cancer; it means that the chance of getting cancer is increased. Scientists continue to examine the factors that may increase a person’s chance of developing cancer.

Although being infected with certain viruses, such as the human papillomavirus (HPV) and human immunodeficiency virus (HIV), increases the risk of some types of cancer, cancer is not contagious. A person cannot catch cancer from someone who has the disease. Scientists also know that an injury or bruise does not cause cancer. 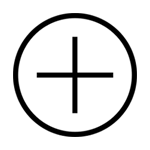 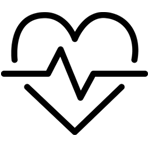