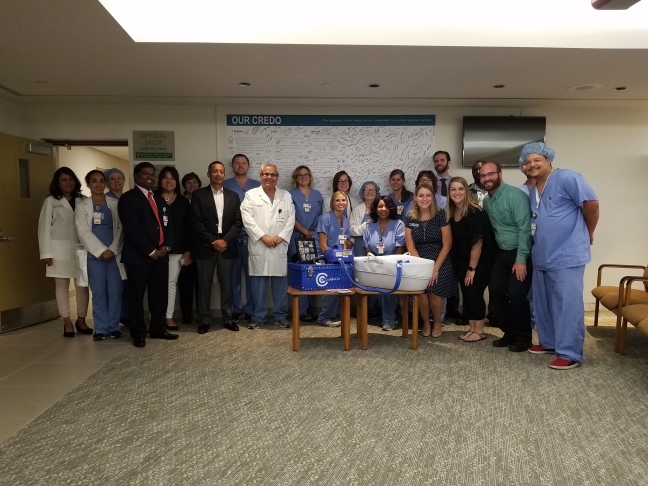 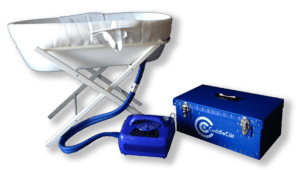 The CuddleCot™ system is an internationally recognized product which allows parents more time in the bereavement process after suffering the loss of their baby. The system uses a cooling pad that is placed in a Moses basket, crib, or bed and is connected to an insulated hose which quietly cools the unit to avoid deterioration. This allows the family to stay with the baby as long as needed at the hospital and eases the trauma of being separated from the baby so quickly after death.

“Losing a child after birth is one of the most devastating moments an expecting parent can experience. Unfortunately, there are thousands of cases of stillbirth and early infant loss each year. During this time, it is important to provide comfort, support, and empathy to families and to understand and respect each individual grieving process,” says Chadi Haddad, DO Obstetrics and Gynecology at Garden City Hospital. “It is nice we can now offer this option for patients going through this and can hopefully help them find comfort in their time of grief.”

“We are fortunate to have been considered for this donation. Thank you to Ashlie’s Embrace for allowing us to provide this option for our patients and their families during such a difficult time,” says Saju George, . “It is most important our patients feel safe, comfortable and supported when they are with us. The CuddleCot™ system helps us achieve this mission.”

“We are so grateful to the Burman family for making this donation possible,” said Ashlie’s Embrace co-founder Erin Maroon. “Leslie and Andrew, who used a CuddleCot™ following the loss of their daughter, Willow, have selflessly shared their story, their hearts and their talents to make sure other families have more time. They have been huge supporters of our mission, raising enough money for eight CuddleCots™. We are truly honored to partner with them to keep Willow’s memory alive.”

The CuddleCot™ system is in addition to the updated bereavement rooms and other changes in the Obstetrics unit at Garden City Hospital. The updated unit will debut in September during a community open house.